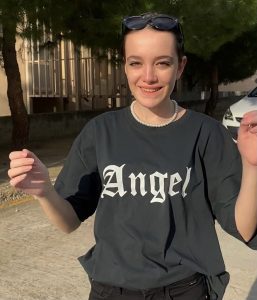 My biggest dream is to participate in the climate movement, to live and create life in dignity. Before the industrial revolution, people lived friendly in nature, adapted to natural balances and did not even think of harming any living thing. Factories have been established on natural lands the use of fossils has started to pollute the environment and the meeting of rain with the soil has started to be prevented due to asphalts and vertical structures made by urbanization. That’s why in many parts of the world, extreme heat, extreme cold, droughts, earthquakes, tornadoes, fires and global epidemics have started. The food chain is already broken. Unfortunately, while animal species in some regions were completely exhausted, mutated animal and plant species increased in different regions.

The UN SDG my dream most relates to
Climate Action