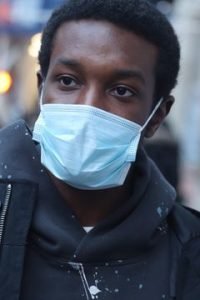 My dream to bring attention and realization of privilege to your rank has and the methods necessary to divulge that.my What words do you envision when you hear the word “RANK”? “Leadership” “Responsibility” “Authority” “Dominance” Unfortunately, a soldier’s rank is viewed not only as a badge of generalship, but a voucher for violation. Male soldiers have been abusing their ranks to Impose their superiority and commit atrocious acts of sexual molestation. They are ignorant of the physical and mental conditions the victims have to tolerate, but they are defended by their “influence” “DoD Releases Annual Report on Sexual Assault in Military” In fiscal 2017, 4,779 subject case dispositions were reported to the department; only about 100 service member subjects were prosecuted by civilian or foreign authorities. Unfortunately, victims of sexual assault are not limited to women as well, fearing they will face rejection, accusation and suspicion. A first prime solution that would be helpful is to spread awareness and sensibility of the existence of sexual assault and the prospect that your rank is not a privilege to assault anyone. 2nd can be taken advantage of; open and receptive consultations can encourage approval and acceptance. Second: A world of silence and secrecy should not continue in the military. Men reporting on other men when knowledge of an assault. Stop the enabling of the oppressors by remaining silent, making everyone involved accountable. Third discipline and training can be practiced to prevent these offences, metrics and guidelines can be utilized to survey the effort of correspondence and communication, because that is what is lacking in our world. Concrete steps for change, how will they be held accountable?

The UN SDG my dream most relates to
Gender Equality